Goa & Karnatakaare the two states that are completely different from each other. Karnataka with Goa motorcycle tour will show you the two sides of coin. While deep rooted Indian culture is the highlight of Karnataka tour, the trend of hard core party best describes Goa tour. The breathtaking scenic beauty of Southern India captivates the attention of numerous visitors every year.

This Motorbike Tour in India will start & finish in Goa. From tropical Goa, journey to the southern state of Karnataka to discover the incredible ruins of medieval Hampi, the rock cut caves of Badami. Karnataka is enriched with culture and heritage, fabulous temples and churches, sun kissed sand, serene sea, mesmerizing aroma of roasted coffee beans and fragrance of sandalwood.

In this bike trip to India you will be impressed with rustic ruins in Hampi which is also a UNESCO-listed heritage site. The medieval structures in Badami and Aihole uncover another interesting chapter of Indian history & explore beautiful beaches of Goa with strikingly beautiful interiors, historic churches and temples. Goa with Karnataka Motorcycle Tour is well known for Coast riding & Culture experience.

Book Motorbike Trip to Goa with Karnataka to experience the coastal riding and explore the culturally rich & World’s Heritage monuments in India.

Arrive at Goa’s airport; our representative will personally meet you outside the EXIT gate of arrival terminal, holding a placard of your name. You will be transferred to your hotel. Goa is India’s most famous beach destination. Ruled by the Portuguese until 1961, Goa still retains its indo-Portuguese character, very visible among its architecture as well as its people. The highlights are its silver sands, sparkling blue waters, the sky mirroring the sea below, white churches resting against green paddy fields and coconut trees lining the coastal streets. Overnight in Goa.

Today, we’ll brief you about your Enfield, and will take you for a warm up 80 km ride to explore Calangute Beach and Old Goa. Calgunate beach is the largest stretch of sandy beach in the whole region. After spending some time at the most famous beach in Goa, we head to Old Goa. We spend the rest of the day exploring all that this culturally rich town has to offer. The old town is uniquely blended with Portuguese and Indian culture. Overnight in Goa.

After breakfast start ride into Karnataka on great mountain roads. As we ride across small winding trails that make their way through the jungle. Our ride to Dandeli offers us the first look at the stunning Western Ghats. With the coast in the rear-view, what lies ahead are high peaks and dense forests. Dandeli is situated near the giant Supa Dam Reservoir. On arrival, check into tented and stone cottages inside an enchanting nature reserve. Overnight in Dandeli.

After breakfast start ride to Badami on varied but generally good road. Badami, famous for its ancient cave temples, is located in a ravine at the foot of a rugged, red sandstone outcrop that surrounds Agastya lake. Today we ride through the abundant farmlands of Karnataka. On arrival, check in hotel & relax. Take a sightseeing tour of Badami, visiting Gateways, Forts, inscriptions, Sculptures that seem to come alive under your eyes…. Badami has to be seen to be believed. There are four caves here. The first three belong to the Vedic faith and the fourth cave is the only Jain Temple in Badami. The first cave temple – past Shiva’s door Keepers – and there he is the eighteen-armed Nataraj striking 81 dance poses. The largest and most ornamental is the third Cave temple dedicated to Vishnu. Here are some splendid carvings of the Hindu Pantheon, Narasimha – the half man and half lion avatar of Vishnu, Hari Hara, the composite god who is half Shiva a half – Vishnu. Return to the hotel for overnight at Badami.

After breakfast start ride on a beautiful road to Hampi. It is an enchanting village on the shores of the Tungabhadra River, an incredible collection of ancient temples from the Vijayanagara Empire (one of the most important in South India) set in a magical, surreal landscape of boulders and green paddy fields. Today we ride through the rocky landscape of east-central India. On arrival, check in hotel & relax. Overnight in Hampi.

We spent the day visiting the impressive UNESCO listed temples and ancient sights of Hampi including Hampi Bazaar, the Virupaksha Temple (with it’s temple elephant), the Vittala Temple, Royal Enclosure, Queens Bath, Lotus Mahal and Elephant Stables. We finished the day watching an incredible sunset over the temples and unique boulder strewn landscape from Hemakuta Hill. Overnight in Hampi.

After the incredible day of exploring Hampi yesterday, it’s time to mount our Royal Enfields to continue our Indian motorcycle tours. We hit the road again for our longest ride of this motorbike tour. Today we leave the rugged and rocky landscape and ride toward the lush forest once again. The road is easy and scenic as the landscape changes dramatically. We stop for the night near the Bhadra Wildlife Sanctuary, home of the tiger, once again immersed in the Western Ghats! Overnight in Shivamogga.

After breakfast start ride to Jog Falls. These waterfalls, nestled in the Western Ghats, are the second-highest waterfalls in all of India! A spectacular mountain backdrop, lush green areca plantation, untouched wilderness located on a Matthuga waiting for you. The waterfalls are stunning and one of the most remarkable pieces of nature we will see on our trip. Later ride continue west to the coastal town of Murudeshwar. This town is home to the second-largest Lord Shiva statue in the world! The Shiva statue is perched perfectly on the cliff overlooking the Arabian Sea. Overnight in Murudeshwar.

After breakfast start ride along the Sharavati River, a downhill circuit that winds back and forth across a beautiful route. Riding on this trek is a treat to your senses as you enjoy the sounds of the wind blowing through the palms and the birds in the trees. It’s the perfect opportunity to walk along the beach, relax in your bungalow or take a nap in the sun. Overnight in Palolem.

Today is the last day of our motorcycle tour to Goa & Karnataka. Get ready for a short ride that will show you the wildest and most beautiful part of the Goan coast. You will stop on a very little visited beach, beautiful ruins, and the Old Portuguese fort of Cabo de Rama, planted on an impregnable cliff in the middle of the wild, where you will get one last glimpse of one more beautiful views of the coast. On arrival, check in hotel & relax. Evening enjoy farewell delicious dinner with beer & share your experience with us & other riders. Overnight in Panjim.

After breakfast, you will be transferred to Goa Airport to board your return flight to home as per your flight schedule.

International Flights, Lunch & Dinner (except where is specified), personal medical insurance (compulsory), Bike damage, extra drinks, visa fees, tips (no obligation) and items of personal nature such as, laundry, liquor, extra drinks etc & anything which is not mentioned in included section. 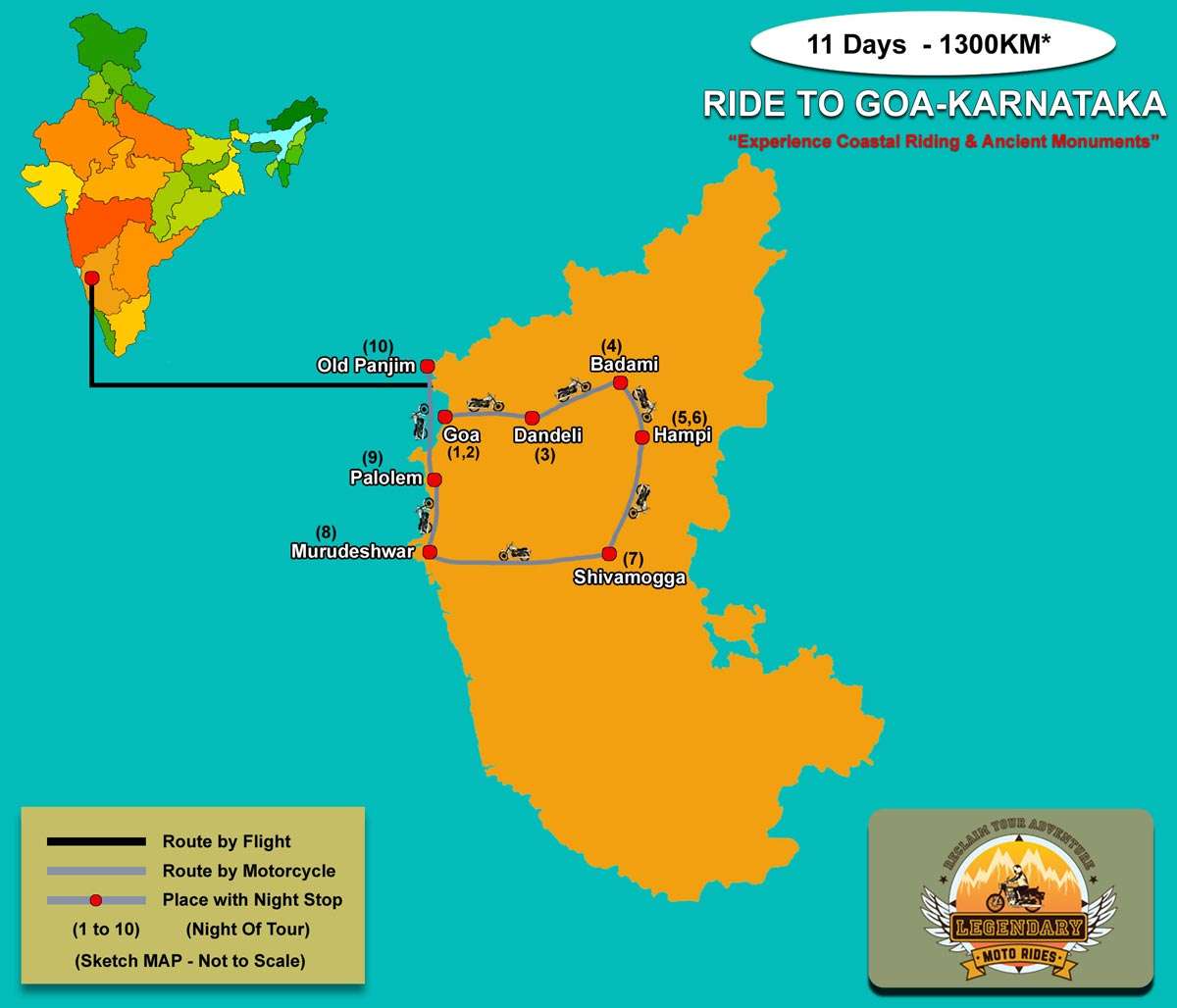 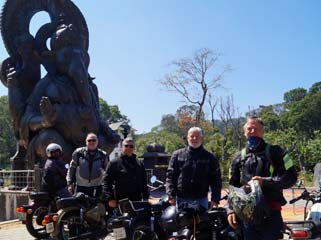 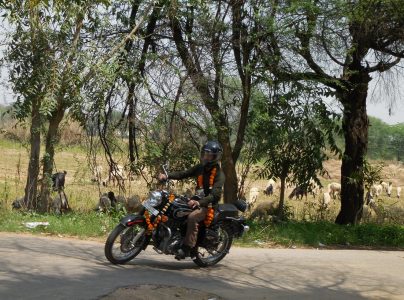 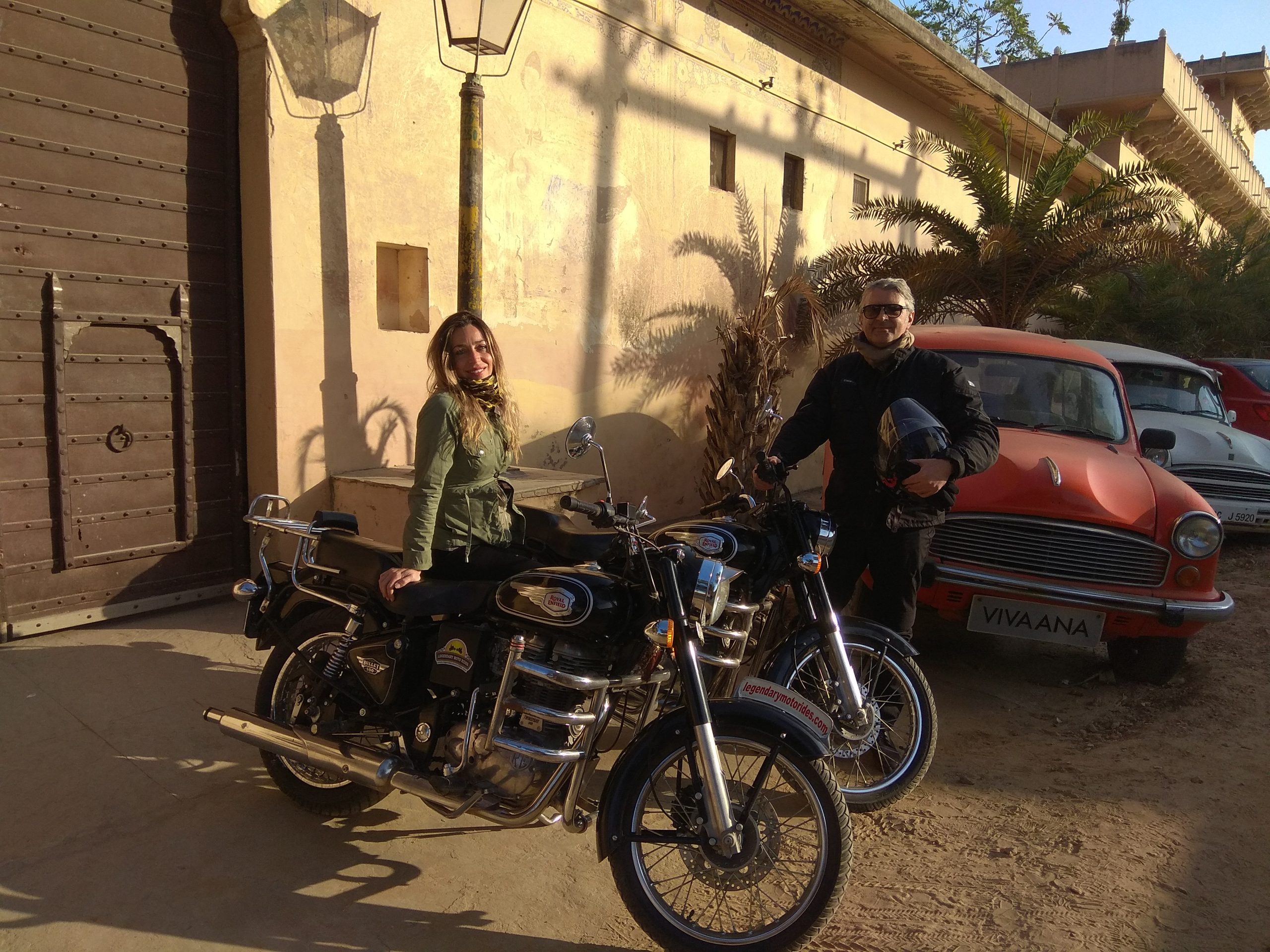 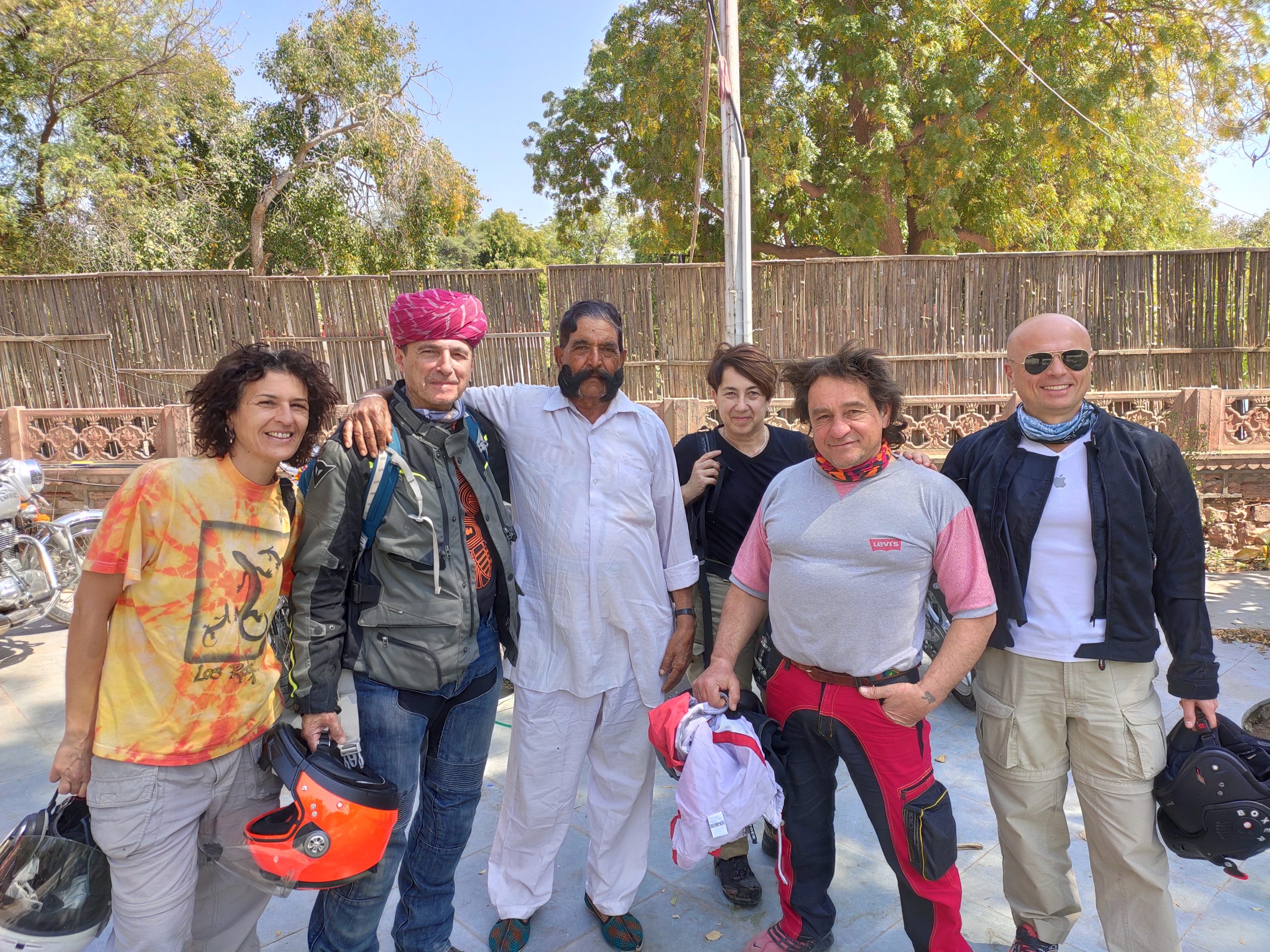 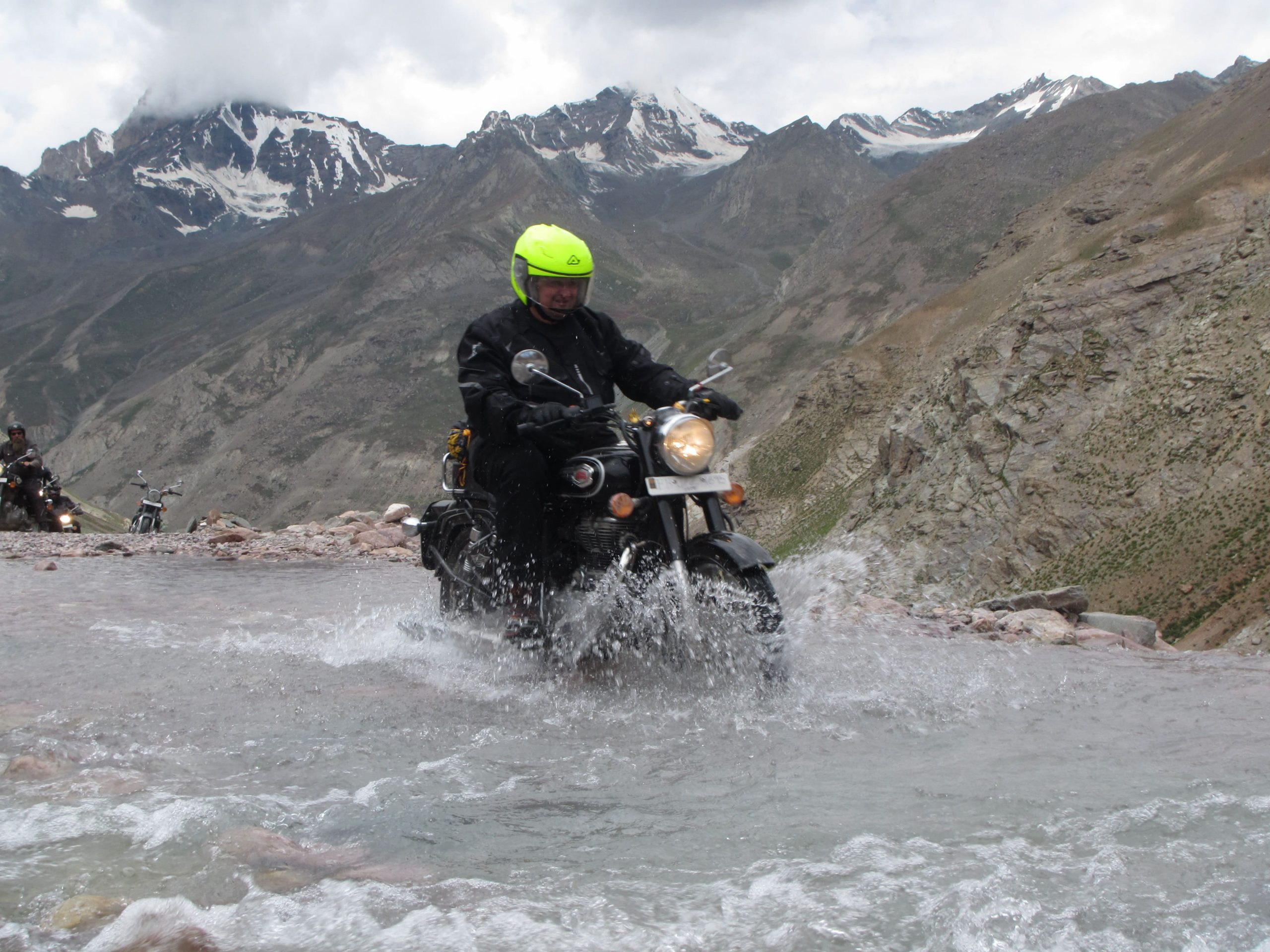 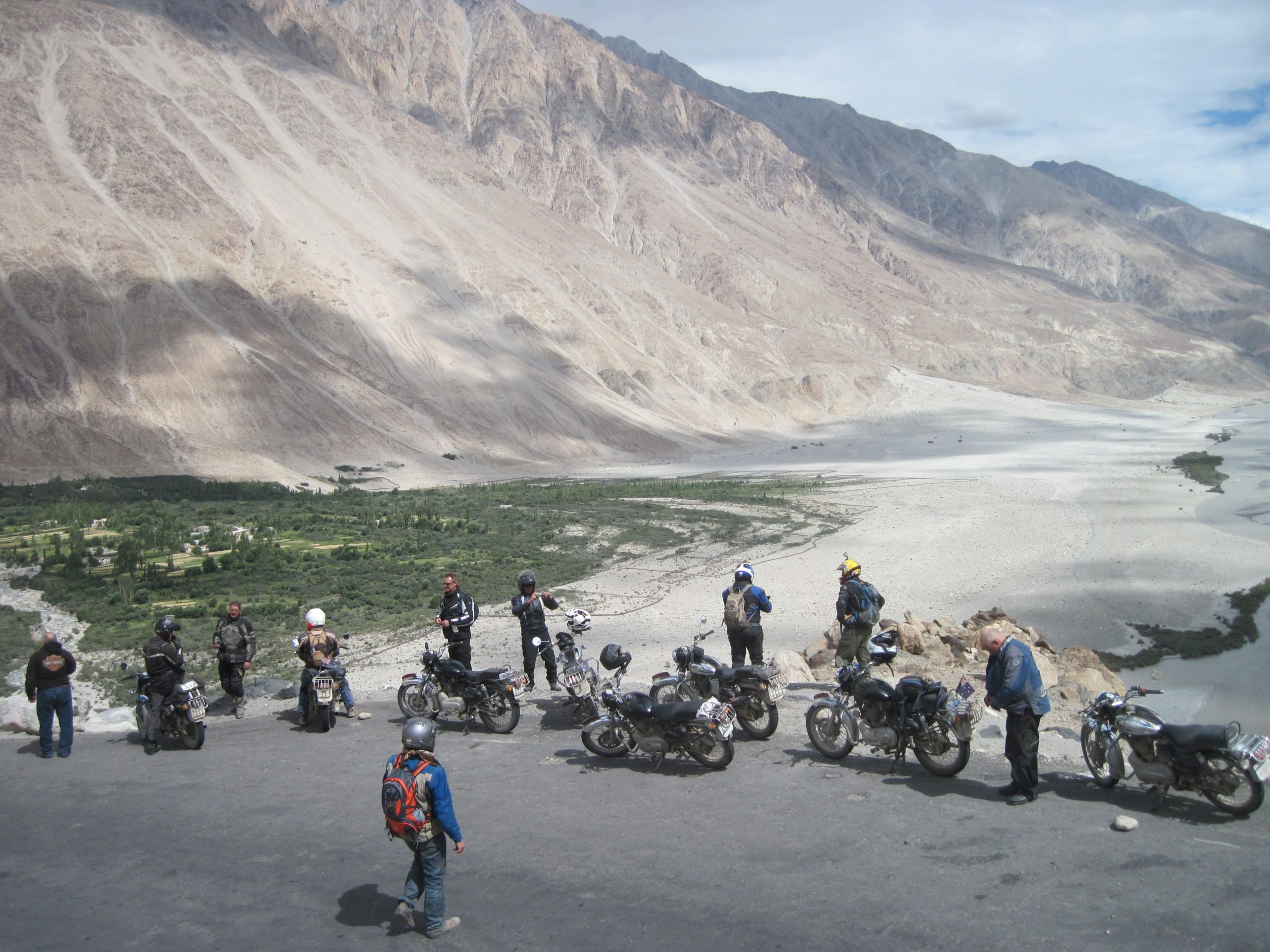