Ladakh is a beautiful region & located at a height of 10,000 feet. It is a largely Buddhist dominated area and it is also called Little Tibet. Ladakh is popularly known as Land of High Passes & attract people for its rich Buddhist culture and lovely landscape. It was the crossroads of the ancient trade routes from South Asia and until the end of the 19th century, mule trains carrying shawls and spices made the journey from Amritsar through Ladakh to Yarkand in China. Ladakh’s people are a mix of Tibetan and Indo Aryan – it became part of independent India in 1948. Ladakh is a land of extremes, you can see snow-capped mountains & clear blue skies at the same time as, arid sand dunes; azure blue lakes flow alongside some of the highest mountain peaks and road mix of rough & smooth, which makes undoubtedly the most popular destination for motorcycle tours in India. The thought of a motorcycle ride to Ladakh is not for the faint-hearted but with a bit of resilient nature and determination, one can easily conquer the ride through the mighty Himalayas where the terrain is quite uneven, one must be prepared to face umpteen obstacles and challenges. This Adventurous Mighty High Himalayan Motorcycle tour is also known as a high altitude motorcycle expedition Tour as you will be staying for overnight on height of 3000 mtr to 4600 mtr & offcourse you will ride Royal Enfield 500cc Motorcycle to conquer Highest Motorable road Khardung-la Pass (17,582 FT), Changla Pass (17,560 FT), Tanglangla Pass (17,480 FT) & all three most popular & beautiful lakes like Pangong Lake, Tsomoriri Lake & Tsokar Lake with experience of Double Hump Camel Ride in Sand Dunes of Nubra Valley. Riding on Highest Motorable Road & other high passes in Himalaya is the life time moment for every motorcyclist. We invite all thrill seeker motorcycle enthusiast to join in our High Himalayan Motorcycle Adventure Tour on Legendary Royal Enfield 500cc Motorbike to test your guts.

Arrive at Delhi’s airport; our representative will personally meet you outside the EXIT gate of arrival terminal, holding a placard of your name & you will be transferred to your hotel with assistance & he will brief you about day by day tour schedule. Overnight in Hotel.

Day 2 : DELHI TO LEH BY FLIGHT

Early morning board flight for Leh (3505 meters / 11,567 feet above sea level), which is probably the most mesmerizing flight over Himalayas. Upon arrival in Leh airport, received by our representative & transfer to hotel. Enjoy your breakfast at the hotel before 09.30 am. Half Day at rest for acclimatization. Late afternoon drive to visit Shanti Stupa. Later in the evening walk around local market. Dinner and overnight stay at Hotel.

After breakfast start ride to Hemis Shukpachan through a less travelled & scenic classic off the beaten trek. It is a beautiful traditional village far from the crowds of Ladakh. A rare and beautiful destination for those who want to experience the rich, harmonious and traditional way of life in the Himalayas. Enroute visit beautiful Likir Monastery & then ride continue to Hemis Shukpachan. The views during the ride are spectacular and there are plenty of Apricot orchards and beautiful villages on the way. On arrival check in Eco hotel & relax. This Eco Hotel is built in the traditional Ladakhi architectural style, with bright and comfortable rooms, and a beautiful dining room and lounge with traditional Tibetan Buddhism murals, painted by a local artist of the village. Hotel lays in the lap of nature, free from pollutions, nested in the heart of the Himalayan mountain ranges. Later take a walk in the village. Overnight stay in Hemis Shukpachan.

After leisure breakfast at eco resort, start ride to visit Alchi village, situated on the bank of Indus River. The village is famous for the existence of one of the oldest monasteries in Ladakh (a national heritage) Alchi Monastery, mainly known for its magnificent and well-preserved 11th or 12th century wall paintings. Further riding back also enjoy the confluence of two rivers Indus & Zanskar, also called Sangam Point, after that visit the Pathar Sahib Gurdwara was built in 1517 to commemorate the visit to the Ladakh region of Guru Nanak Dev, the founder Guru of the Sikh faith & in last visit Hall of Fame (a museum constructed as well as maintained by the Indian Army in the memory of the soldiers who had lost their lives during the Indo-Pak wars. It is also termed as a memorial for the war heros). Further continue ride to Leh. On arrival, check in hotel & relax. Overnight in Hotel at Leh.

Hold your breath, as today will be the day that takes you to the top of the world. We will ride over the Ladakh’s highest motorable pass (Khardung-La Pass-5,359 m / 17,582 ft), with breathtaking views of the Himalayan ranges. On reaching at the Top, enjoy the celebration with photography session & a cup of Tea/Coffee from Highest Cafeteria in the World. Later ride continue (86 Kms/3 Hrs) more to Nubra Valley Known as Ldumra (the valley of flowers). On arrival, check into the camp & relax. Later enjoy ride on Double Humped Bactrian Camel in Sand Dunes of Nubra Valley. A unique feature of the sand dunes in Nubra Valley is that they are grey in colour, unlike the brown sand dunes seen in the Thar desert of Rajasthan. Evening enjoy Dinner with Bon-Fire. Overnight in Nubra Valley.

Morning enjoy leisure breakfast at camp. Afternoon enjoy the visit of Deskit Monastery - a 14th century monastery, which is believed to be the largest and oldest monastery in Nubra valley. The monastery can be reached from the Diskit village through a rugged and dusty road that crosses a stream in the middle of the village & later ride to Hundar, here you can see all the elements of nature – desert, snow, greenery and water. Get refreshed by a refreshing experience of Hunder Sand Dunes passing through the white Sand Dunes, where you see double humped Bactrian camel once used by the local traders on the famous silk route. Evening back to Camp & relax or you can do leisure walks around the campsite. Overnight stay in camp.

Morning after breakfast, ride to famous blue brackish Pangong Lake. This route is specially recommended for those people who love to face challenges and travel around the world for adventurous vacationing experience. A motorcycle rider will surely like to ride motorbike on this off-road with lot of water streams & it is very hard to find any local people or vehicle. On arrival at Pangong Lake, check into the camp & relax. Later explore the Pangong Lake, where you feel close to nature and its beauty. Overnight at camp near to Pangong Lake.

Morning after breakfast, ride back to Leh from Pangong Lake by crossing the 2nd highest motorable road Changla Pass at height of 5355 Meters/17,560 Ft. Enroute you see the many eye catching views of villages below the pass. On arrival at Leh city, check into the hotel & relax. Overnight stay in Leh.

After early breakfast, ride to Tso Moriri Lake. Tsomoriri Lake is a high altitude Lake in Ladakh. It is situated at a height of 4595 m above sea level. Enroute will stop at Chumtang, which is a hot spring in the village & our break for Tea/Coffee. We will stop to the lake before Tso Moriri Lake. It is also called "White Lake" because of the salt deposited around it- this is because there is no outlet from the lake, which makes the water brackish. On arrival in Tso Moriri, check into the camp & relax. Overnight in camp at Tso Moriri.

After breakfast, ride towards Tso Kar Lake. Tso Kar Lake is a high altitude salt Lake in Ladakh. It is situated at a height of 4530 m above sea level. Later ride continue towards second highest pass-Tanglang la pass at 5328 mtrs / 17,480 Feet. We have photography at the pass. Later we ride towards Leh by passing some of the breathtaking villages & road in the mighty Himalayas in Leh & Ladakh region. On arrive at Leh, check into the hotel & relax.

Morning assistance transfer to Leh airport to board once again most fascinating flight to Delhi over the heights of the great Himalayas. On arrival in Delhi, check in hotel & relax. Later enjoy the local sightseeing of Delhi. O/n in Delhi.

After breakfast you will be transferred to Delhi International Airport according to your flight timing. We hope you have great memories & lots of stories as well from the World’s Highest Rides in the Himalayas. 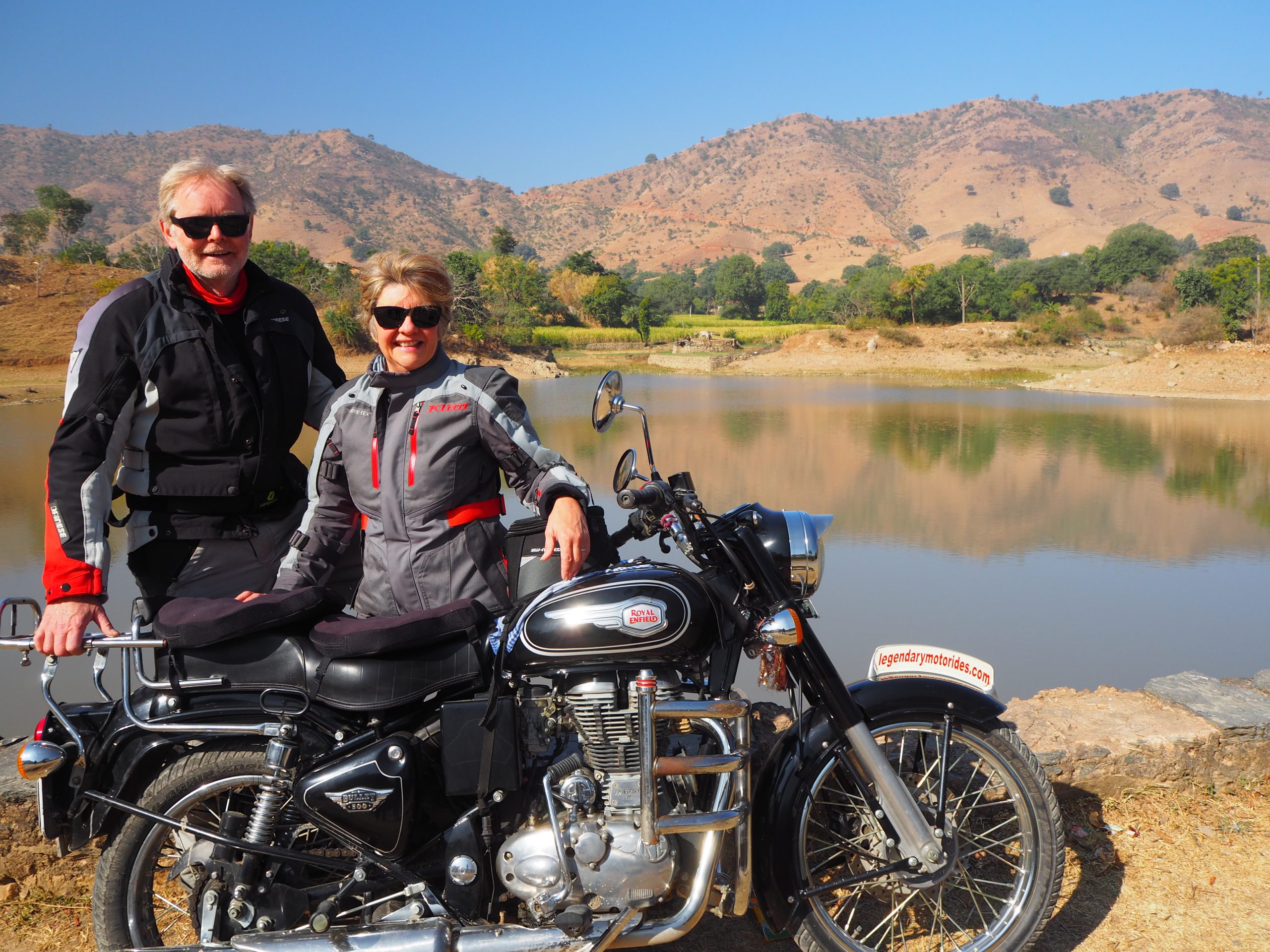